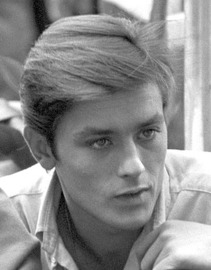 Alain Fabien Maurice Marcel Delon is a French actor and filmmaker. Known as the "male Brigitte Bardot", he was one of Europe's most prominent actors and screen sex symbols... Wikipedia